"Dear André,
I just met Jan by chance and it reminded me that I had messily wrote a few words in my notebook coming back home after your performance "Fire Starter" at Flutgraben a few weeks ago. I feel it is nice to share them, even though I didn't really have some (words), but rather strong memories of it coming back during the following night while thunder rumbled. So I simply want to thank you for what I took as an invitation to make the ego blink and witness the appearance of sensibility in the space. Thanks for this flashy touch that has a crazy delay in the physicality".

CREDITS
"I'm concerned with what I want to create in this time of tension and acceleration, so I am searching for something that is close to me, to something that makes sense to me and the ones I care for - a moment of affection. There is an urgency to develop this work now, as I feel the impulse to follow my intuition of creating a performative space of care where the audience is also involved. To create a choreographed space where spontaneous dance and caresses can co-exist and melt".
- André Uerba, November 2019 -

With FIRE STARTER the performers approach the emergence of togetherness and explore how these states manifest in our bodies and in an encounter with other people. FIRE STARTER is a research space where the audience can ignite their own participation, by deciding their role: if they are watching, moving or floating in both spheres. The "exercises" done during the performance are a trigger to allow the audience other entrance points in the experience of the performance. The performer itself, takes the place of a caretaker, a sort of “tour” guide that conducts the experience during the piece. 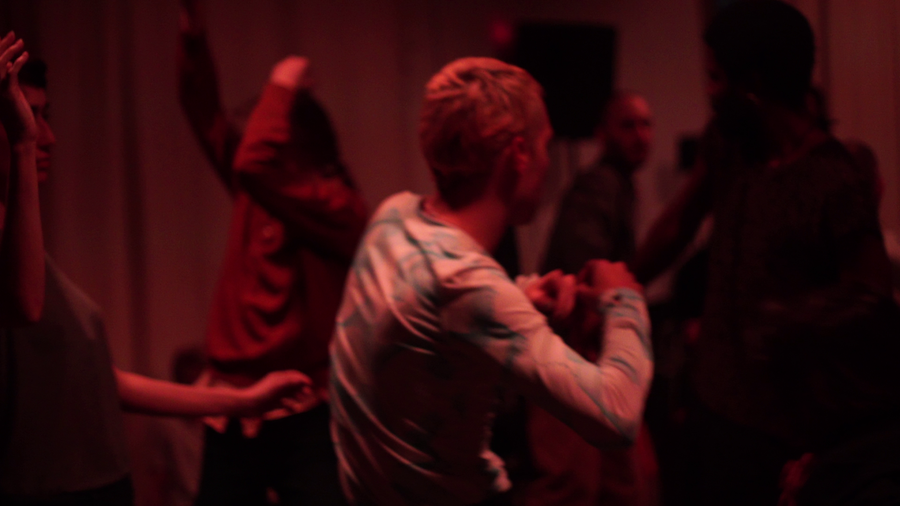 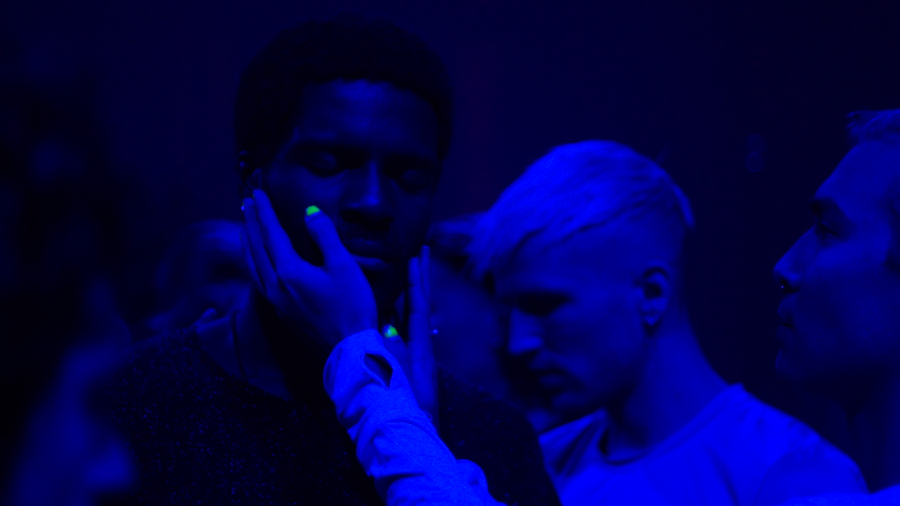 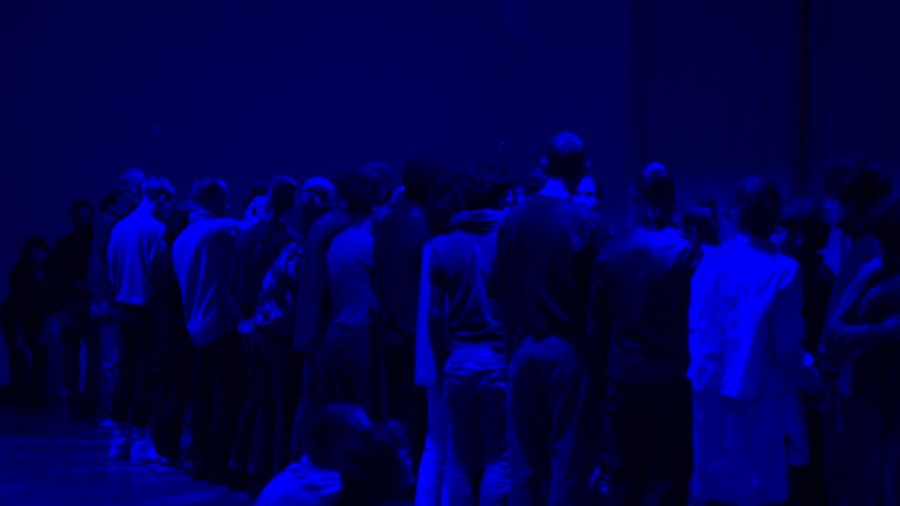 * Due the characteristics of the project (touch/proximity between audience and performers) and due to the current global situation, this project stays "on hold". 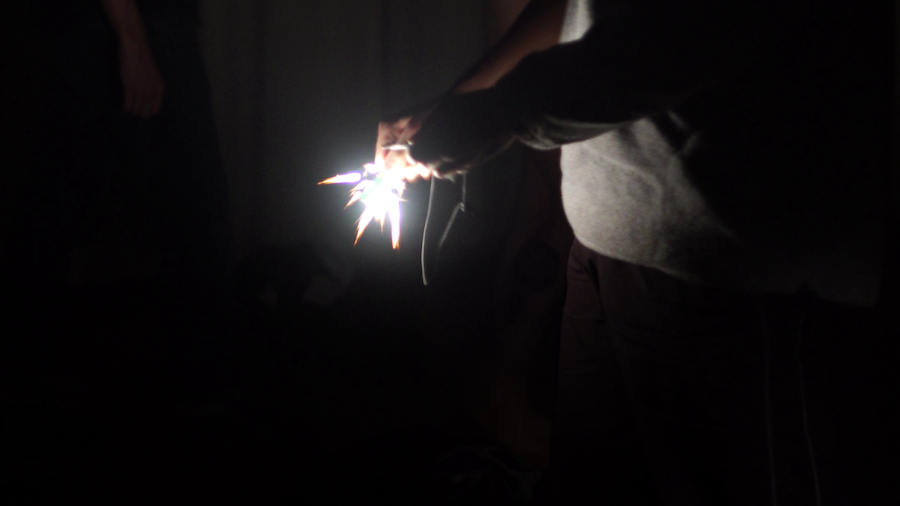 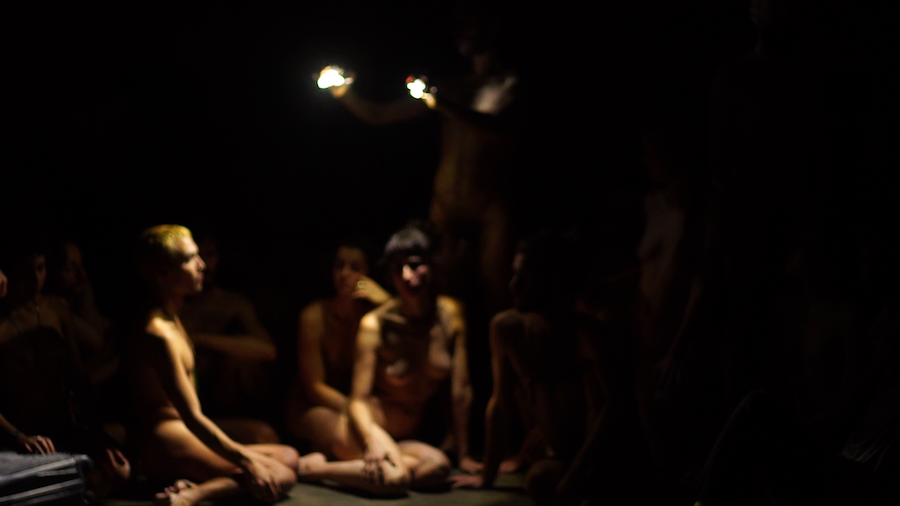 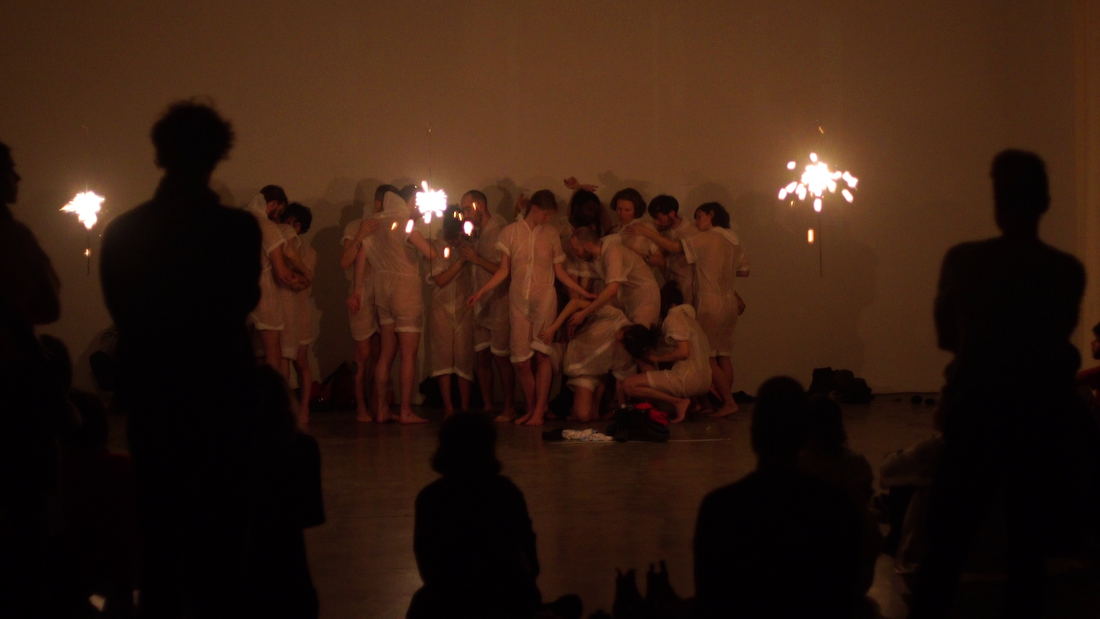 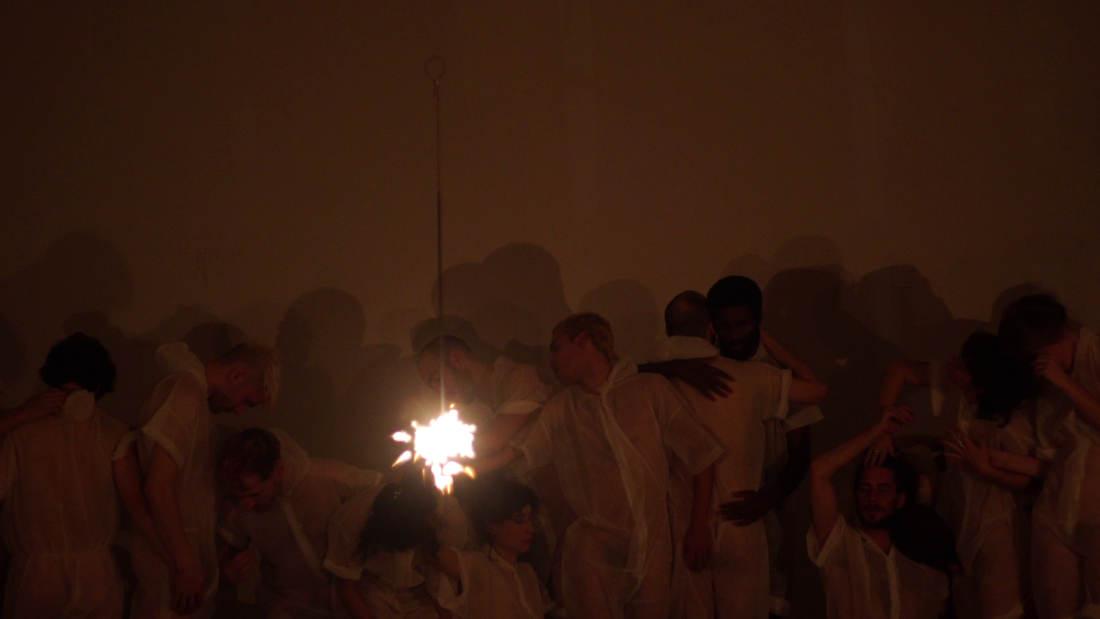 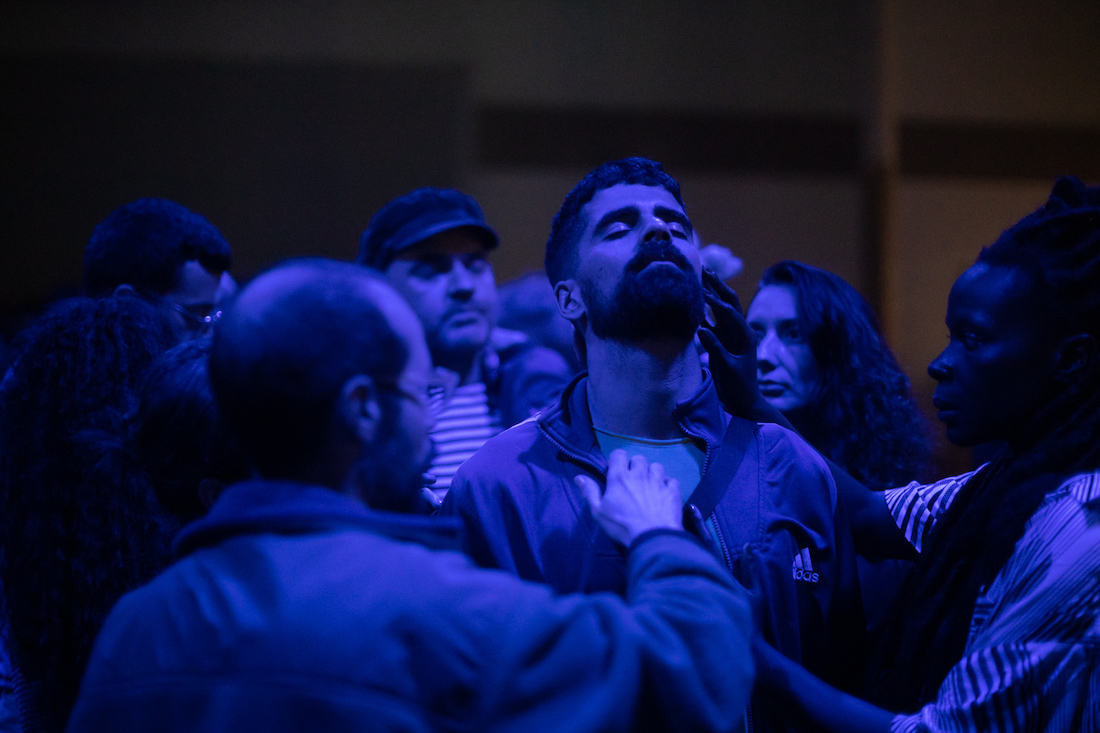 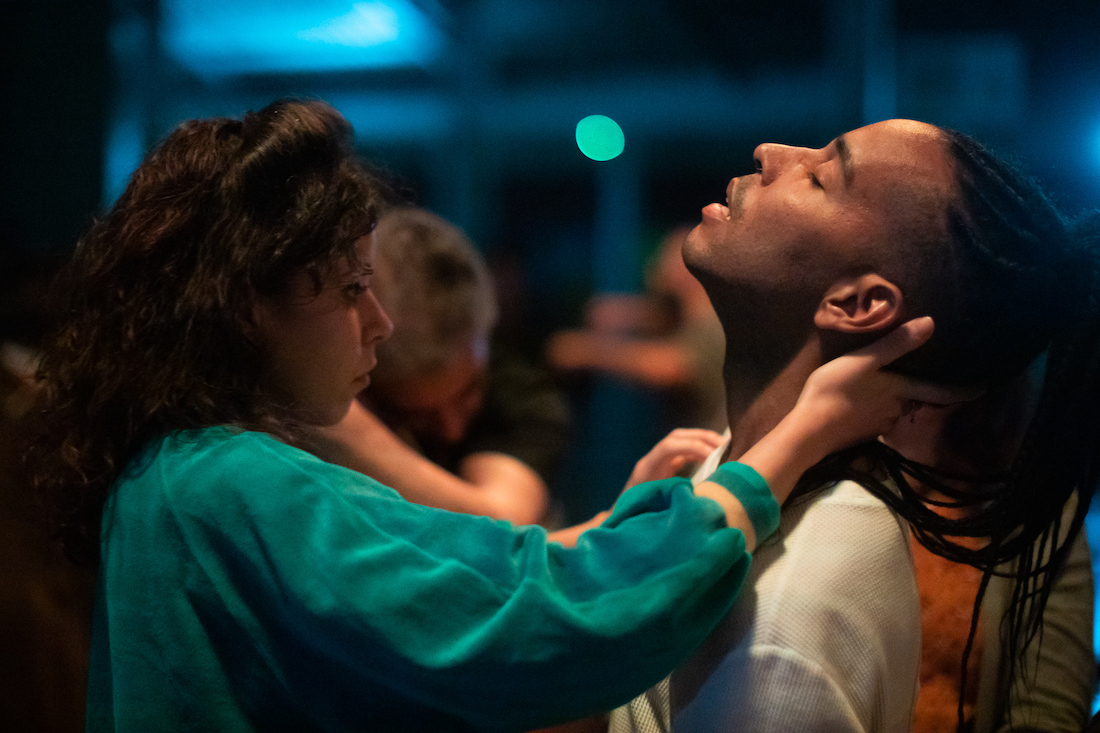 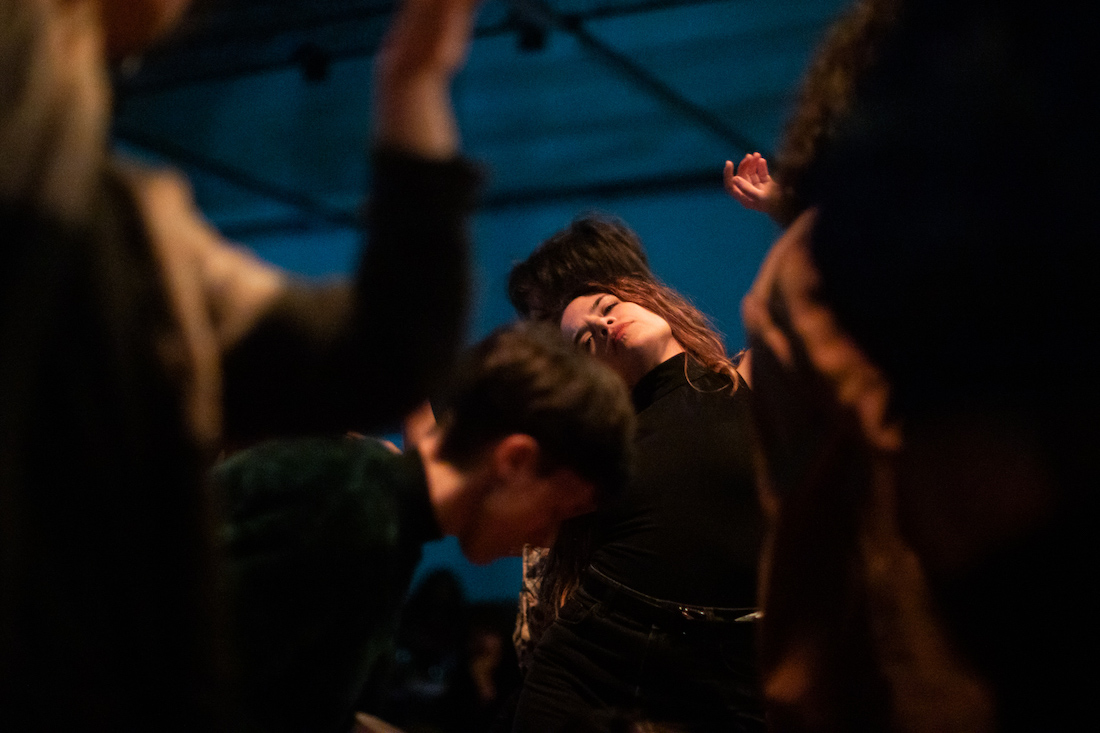 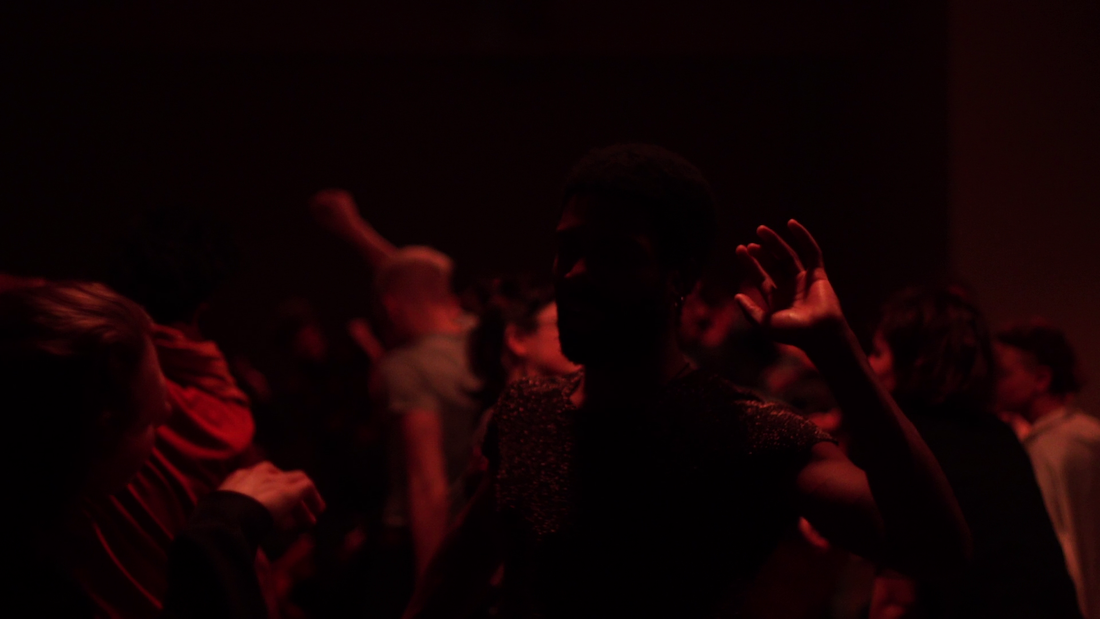 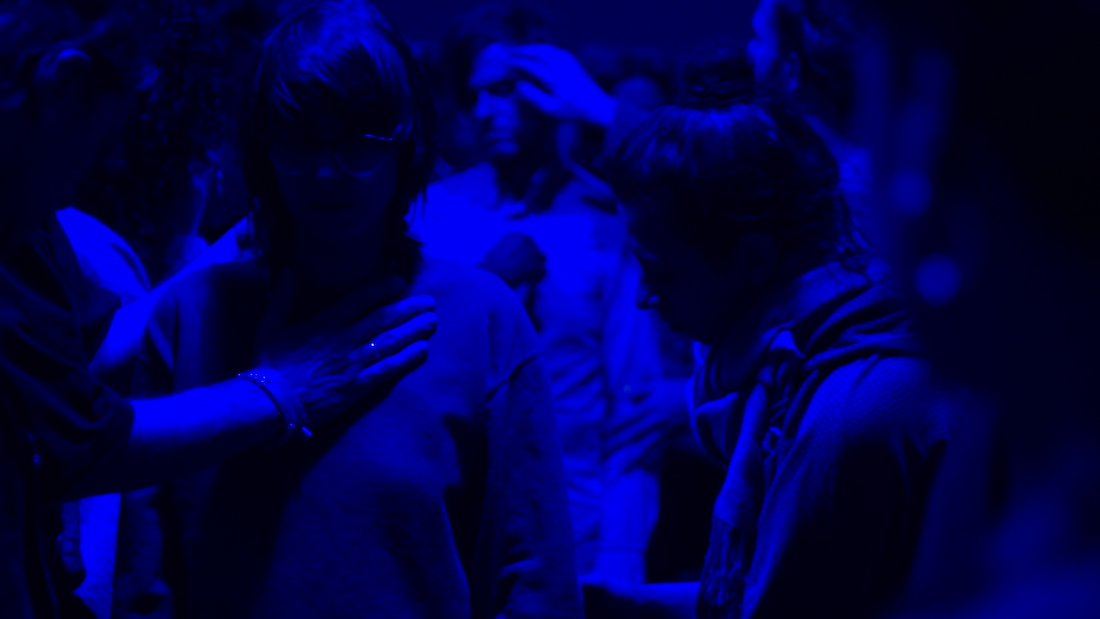 
FIRE STARTER was presented in the frame of Flutgraben Performances (Berlin) as a pre-research study in November 2019. In the first sharing of the work we were invited to take part in what I experienced as a human carwash, with eyes closed and a place to refuse, we had the opportunity to experience and expand our allowance towards mutuality, where our bodies were softly calmed through touch, we entered an experience where skin was light and a relationship between witnessing, following and vibrant exposure was shared tenderly.

The sharing suggested a place to see one another and to discover through one another. While spectating via a sensorial experience, we were able to witness each other's potentiality; the environment created was intimate and poetic.


Through gentle suggestions to share our similarities and move together, mysterious paths to recognition and identification (which are such a vulnerable and highly needed human qualities) reminded how the sacred rhythm of the journey allow the people in the room a multiplicity of lenses to see and feel ourselves through the performers and the other way around.


I was able to experience the piece through a sensorial mode, it hinted care, patience and suggested a way to be together with glimpsed reminders to the fact that we all carry a body and a wish to feel and get to know one another even though we carry fears and desires within us, the ticking glimpsed sparkles of light were creating hope, and warmth within the absolute darkness (similarly to the times in which we are in).
The piece served as a platform to get to know ourselves and one another together through multiple visual symbolisms, ancient fire glimpses and familiar fireworks as well as a moving sound score, we were reminded of our forgotten histories and possible utopian futures. André created a proposition to gather 'in birthday suit' with curiosity towards cyclical path, where heightened awareness on touch and sight, returning to the senses and to the body opened the gate to curiosity, pleasure and acceptance.
by André Uerba
DATES