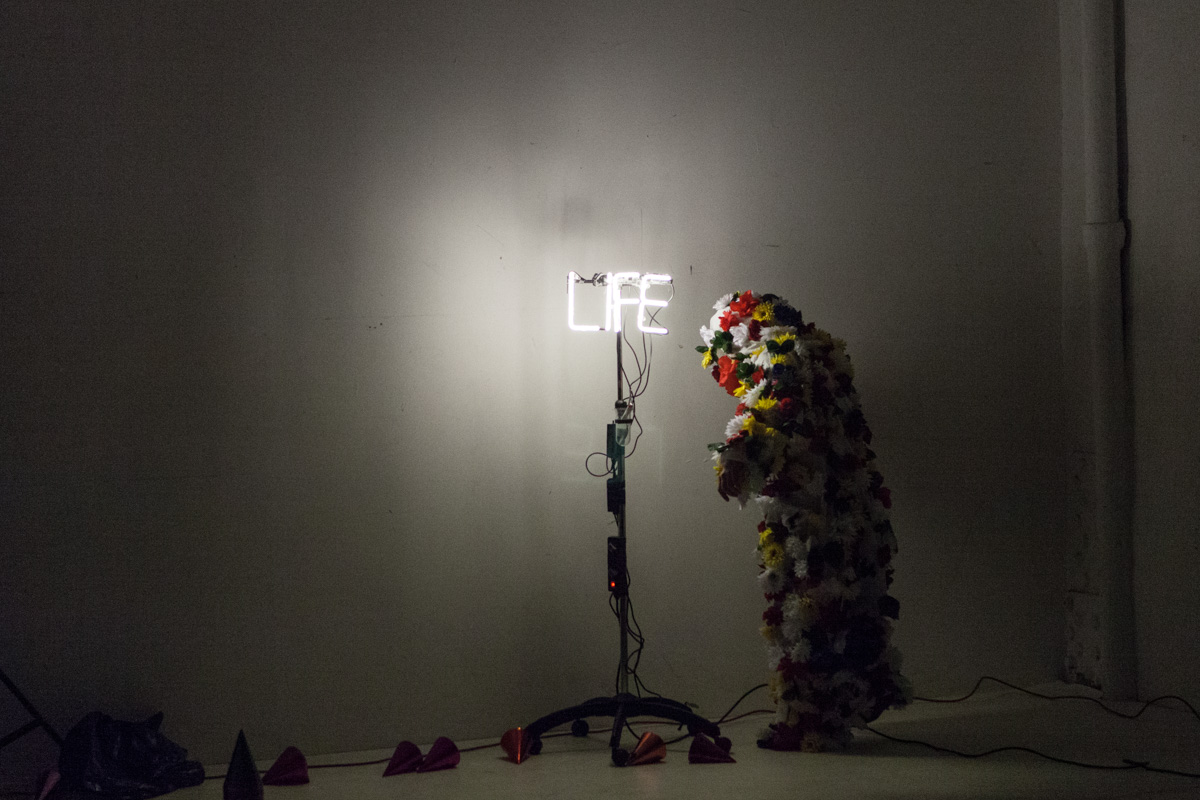 A man was placed in a Terrarium for his actions to be observed. He moves through the dark, appearing and disappearing. The ground that he inhabits is covered with artifacts and the actions that he creates have a slow nature, nearly a static image. He seems to be used to be in that place. The actions seem to come out of his eyes, as if he pushed his hands through his eyes to hold some of the images that are contained inside. They are the projection of the inside to the outside, as if his brain were a camera obscura where the actions and images are always revealed in a dim light. Appearing for a brief moment and soon to disappear. 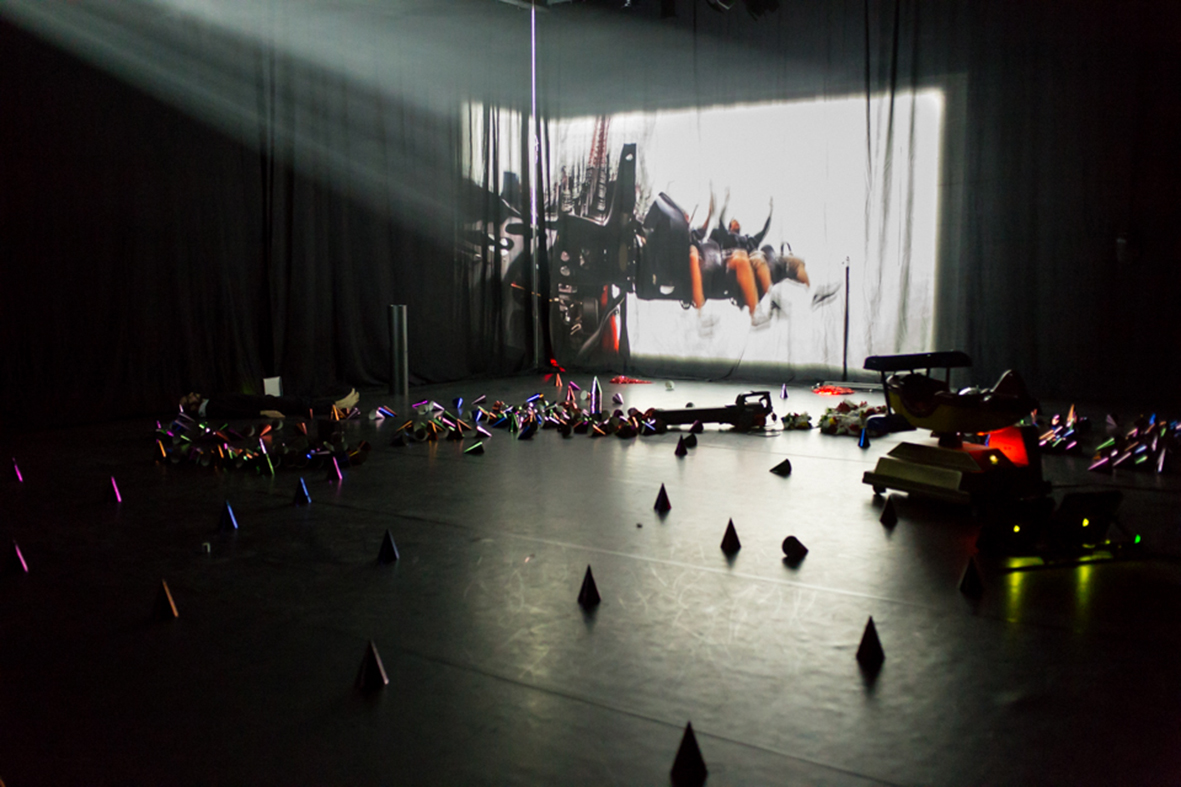 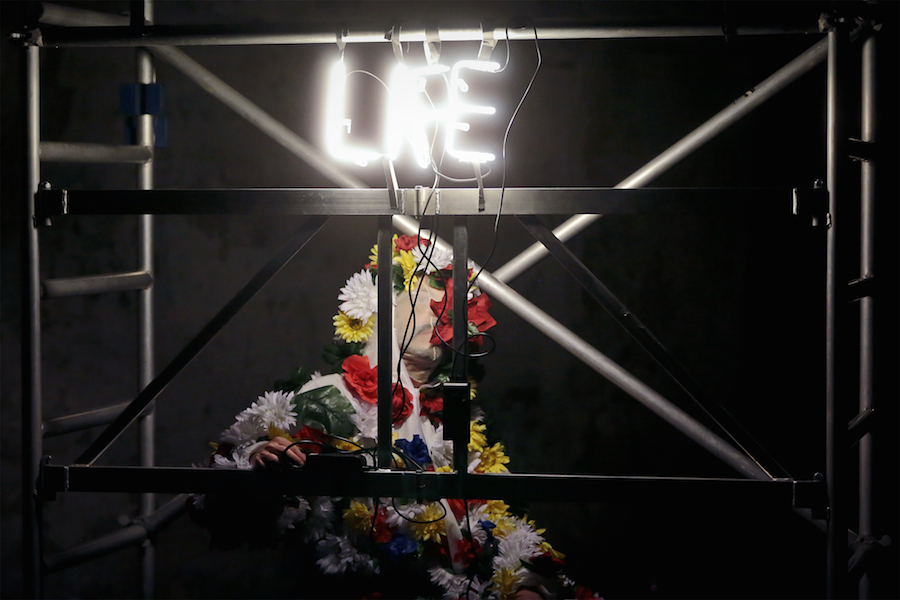 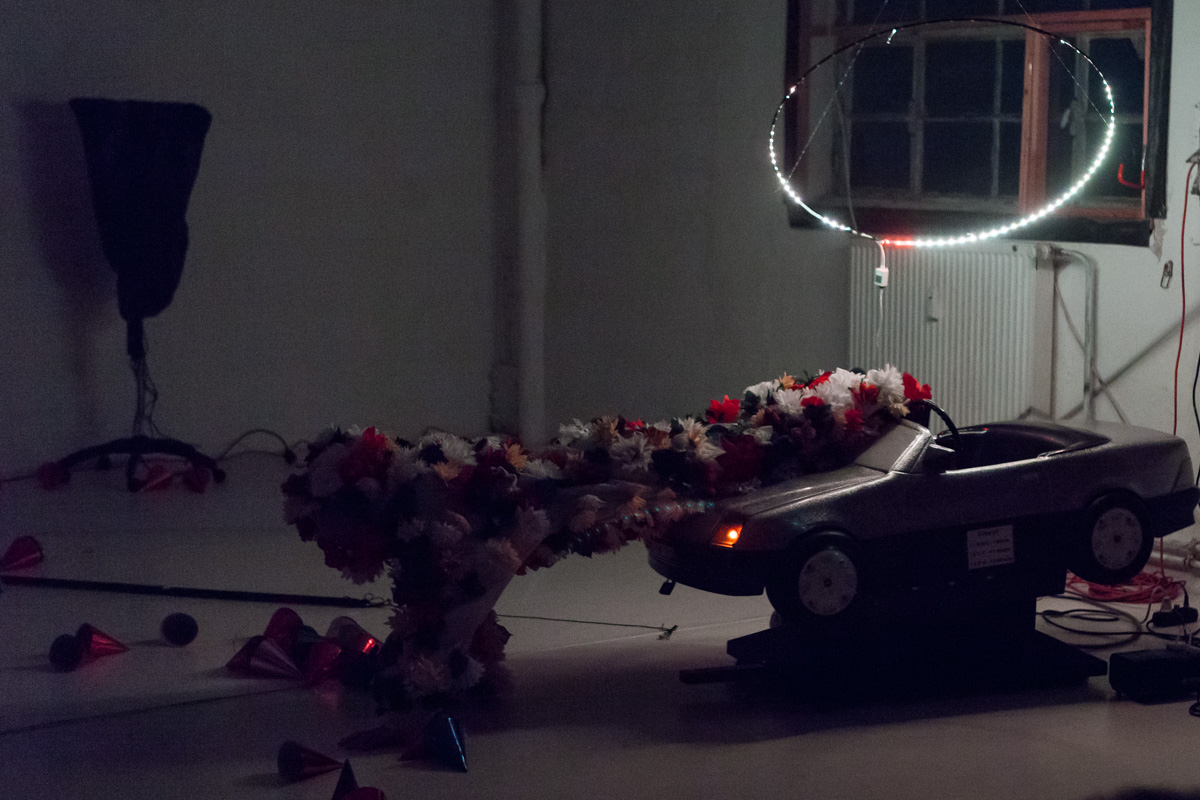 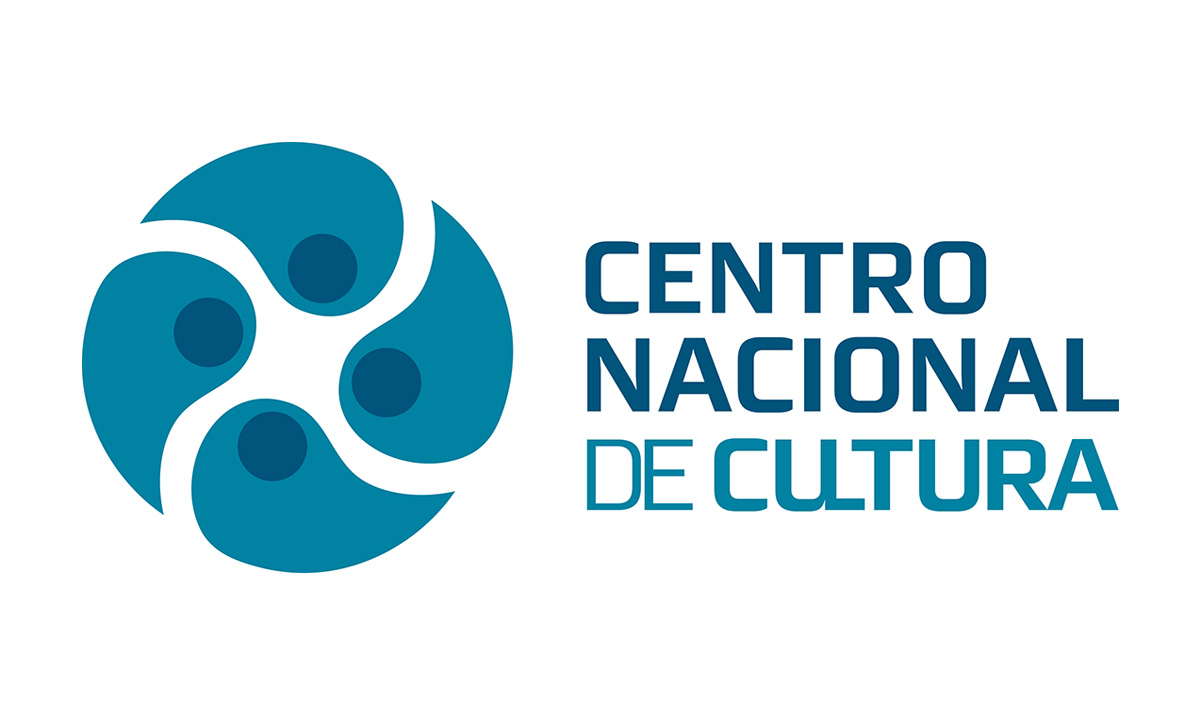 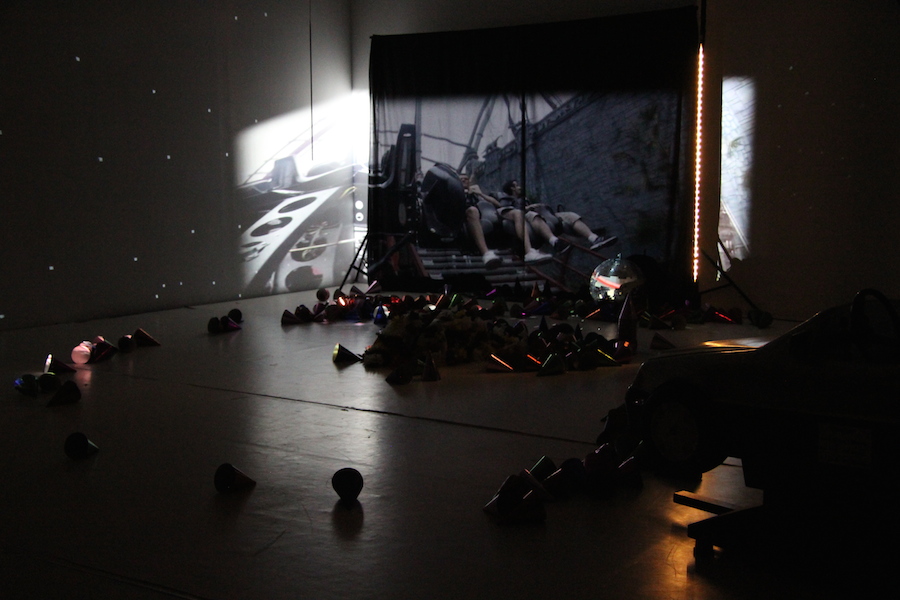 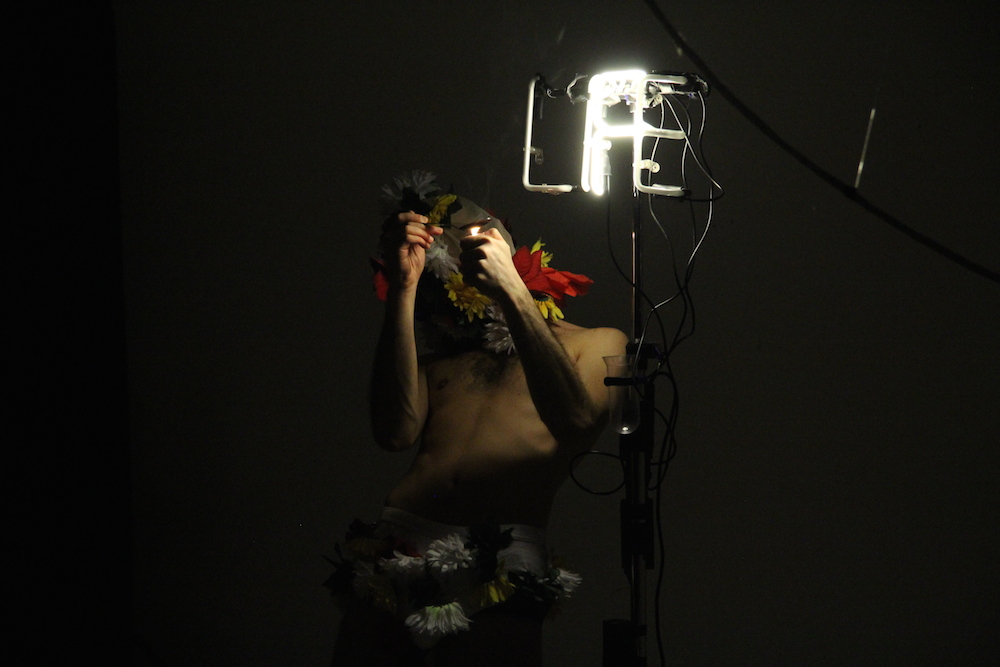 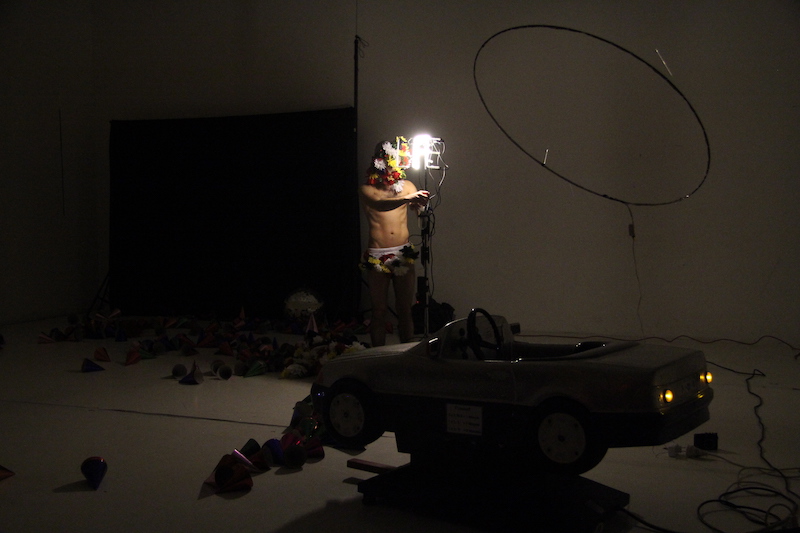